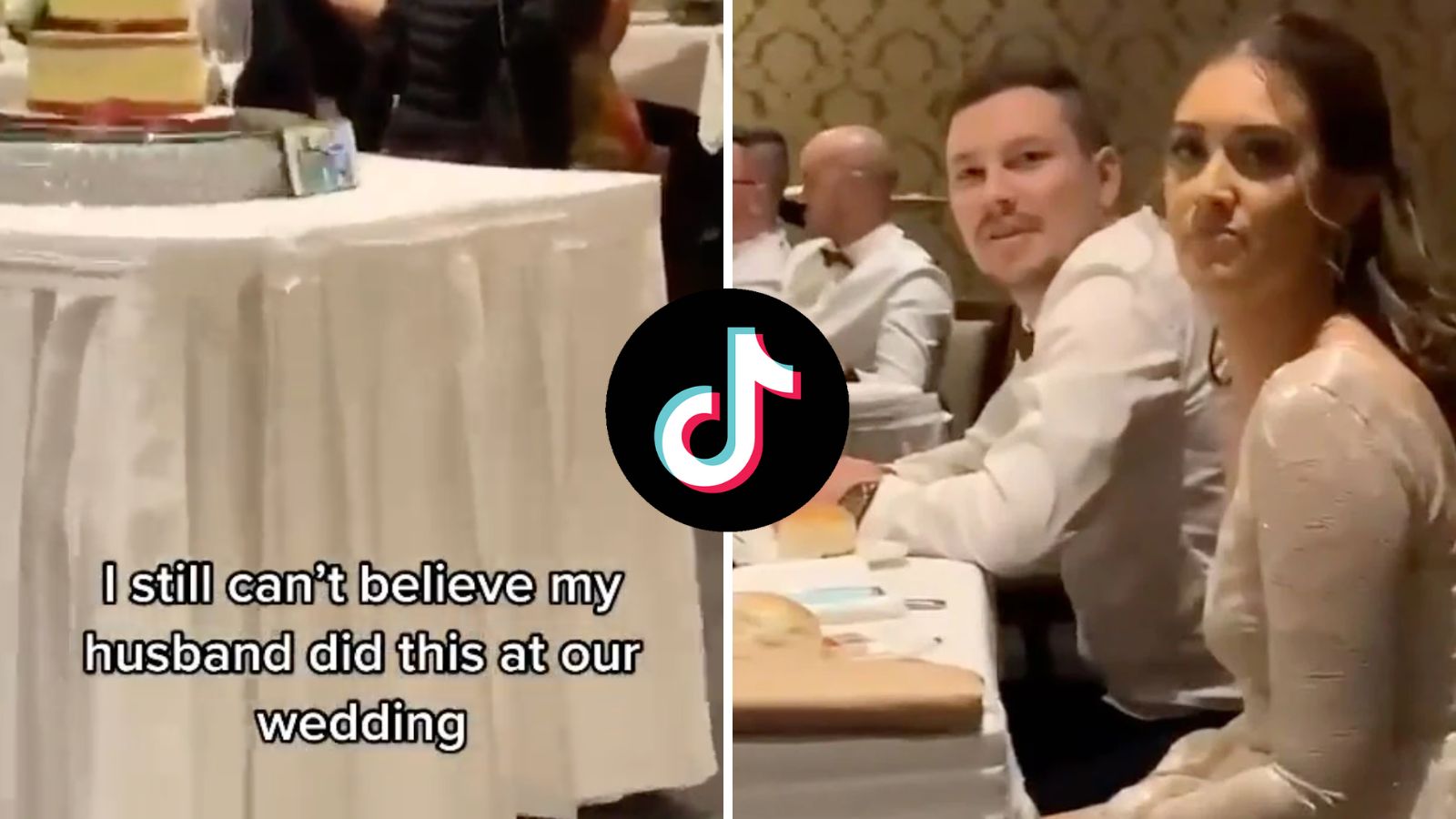 A groom has been dragged on TikTok after his wife called him out for watching sports on their wedding day.

In a viral video shared on the short-form app, Australian couple Dani and Blake could be seen sitting next to one another at their wedding.

It started with the camera panning from Blake’s phone screening sports over to Dani in her wedding dress looking less than impressed.

As the camera zoomed in on the groom, he could be seen mouthing the words: “The footy’s on.” In Australia, this term is used to refer to Australian football rules.

“I still can’t believe my husband did this at our wedding,” the bride wrote in a text-overlay of the clip, which has amassed a whopping 9.4 million views.

Although it seems to have been reuploaded by a duplicate account, the real Dani and Blake acknowledged the video as real.

In the comments, many TikTok users criticized the groom for watching sports on his big day.

“When you really don’t know the person you said yes to,” one user wrote.

“I’d riot tbh, he can wait to watch it you know,” another added.

“If he did that at your WEDDING DAY then what’s he gonna be like for the rest of your married life,” a third stated.

There were some users, however, that came to Blake’s defense.

“Tbh if they’re not doing anything and just sitting there and chatting I don’t see the issue,” someone else wrote.

This is just the latest wedding-related video to go viral on TikTok, after a best man stole the spotlight by proposing to a bridesmaid, sparking a debate.

Hello, all the entertainment enthusiasts, finally the weekend is here along with the fresh broadcasting of your favorite and highly anticipated stress-reliever show “The Kapil Sharma Show” which you all usually waits for. As the Sunday, 5th February 2023 episode is bringing high voltage drama along with such activities which will make you feel overwhelmed… Douglas Brinkley is an American citizen of white descent from Austin, Texas. December 14, 1960 is the day Douglas Brinkley was born. The 61-year-old Douglas was an amazing student, too. According to the sources, at that time while he was in the fourth grade, he learned the name of the presidents, their deputies and their…

East London, Jan 20 A superb all-round performance from the experienced Deepti Sharma (33 runs & 330) and an unbeaten 30-ball 41 on debut by Amanjot Kaur helped India beat South Africa by 27 runs and make a winning start in the opening match of the South Africa Women’s T20I Tri-Series. India were in deep…