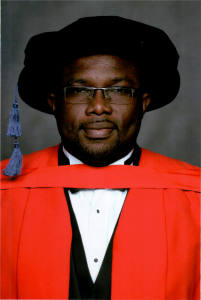 The Management of the Ghana Institute of Journalism with the approval of the Governing Council has appointed Dr. Eric Opoku Mensah as the new Deputy Rector’s of the Institute, effective August, 2020.

Dr. Opoku Mensah was appointed as National President of the University Teachers Association of Ghana (UTAG) from September 2017 to October 2019 during which period he led the Association’s drive for better conditions of service.

He is married to Prof. (Mrs.) Abigail Opoku Mensah and they have four children. 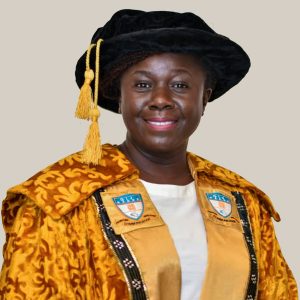 In a similar vein, Dr.J. Sika Akoto  has been appointed as the substantive Registrar of the Institute. She assumed office in January 2020 after having served as Deputy Registrar in charge of Academic Affairs.

A seasoned university administrator with strong leadership competencies, she has extensive management experience, having risen through the senior administrative ranks to the high office of Registrar.

She has held senior management portfolios at the University of Mines and Technology, University of Cape Coast and the Ho Technical University, formerly Ho Polytechnic, in the following areas: Academic Affairs, Public Affairs, Human Resource/Training and Development, International Education, Teaching and Examination, School of Communication Studies, Council Secretariat and Office of the Registrar.

Vacancies for both positions were advertised in the print and electronic media by a Search Committee appointed by the Governing Council of the Institute in accordance with the provisions of the Institute’s Act and Statutes.

On behalf of Management, we are delighted to inform the entire University Community that the GCTU Act, 2020 has now been signed by H.E. Nana Addo Dankwah Akuffo-Addo! The Act, which was signed on Thursday, August 13th, 2020, was delivered to the University’s President today, Thursday, August, 20th, 2020, officially completing our transition to full public status under the name Ghana… A suspected serial thief, believed to be in his late 20s, was been apprehended by the University of Ghana security after being accused of entering the room of a resident of the hall and attempting to make away with some items, including a laptop. The man was first apprehended by students of the University who… It was an exciting blend of joy, history, and memorable moments as 564 graduates of the UPSA Law School and the Faculty of Information Technology and Communication Studies were awarded a degree and diploma certificates at the First Session of the 12th Congregation Ceremony of the University. The event was held on Wednesday without guests,…

MCE for Tarkwa Nsuaem Constituency, Honourable Benjamin Kessie has paid a working visit to the University of Mines and Technology (UMaT).  He was accompanied by other Officials of the Municipality. At a meeting to introduce himself and his entourage to the Vice-Chancellor, Prof J. S. Y. Kuma and his Management team, Hon Kessie informed the…